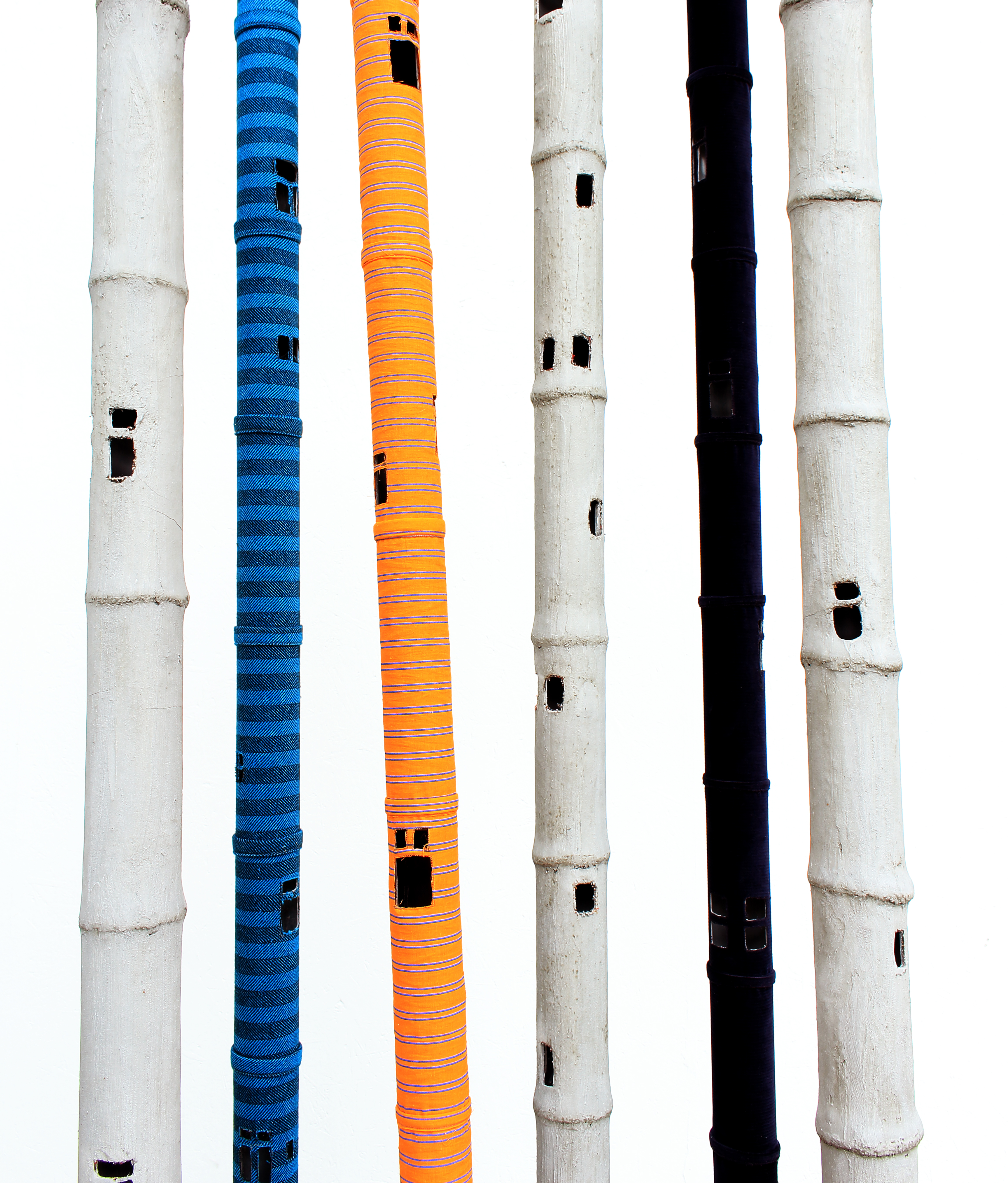 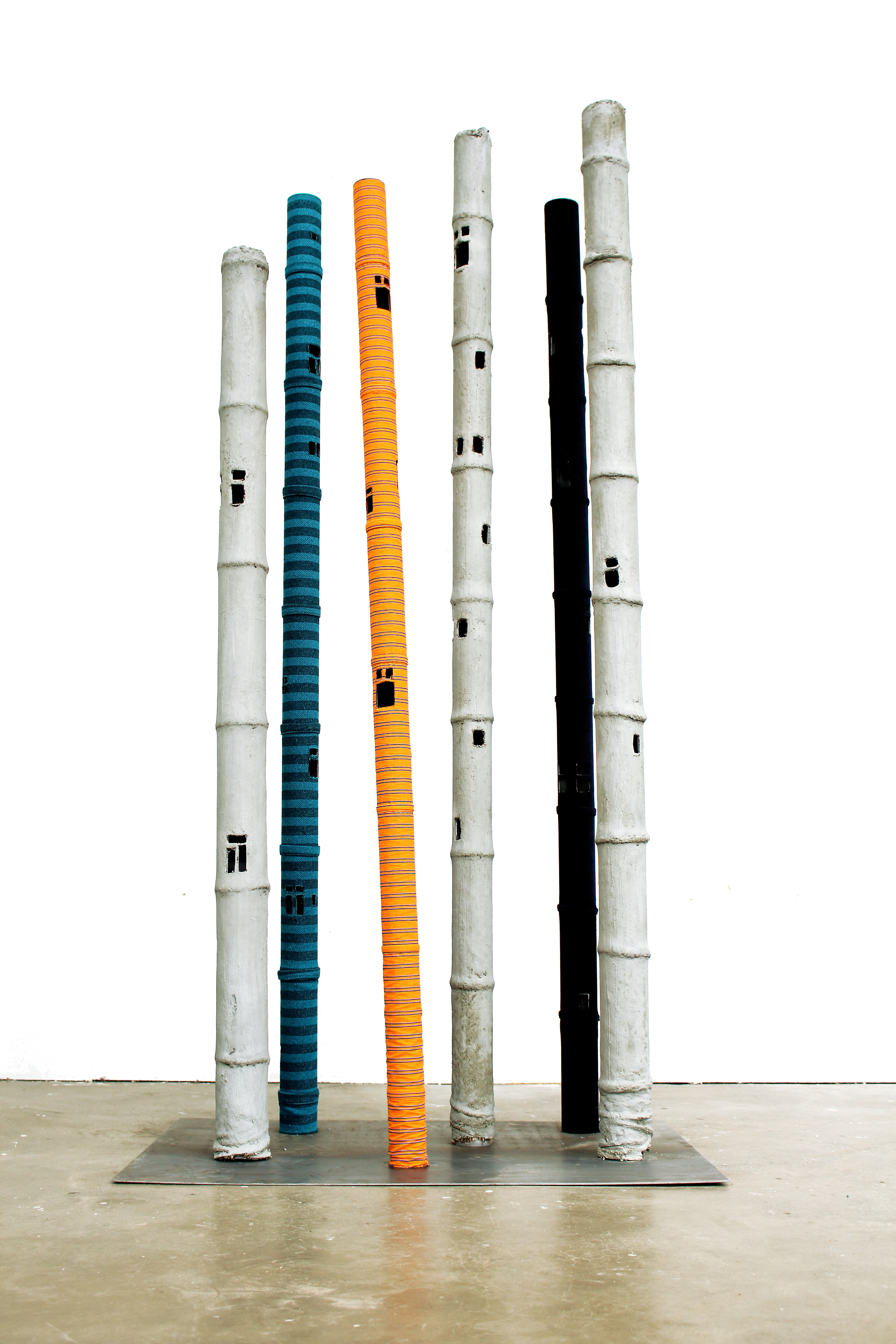 The sky is the limit


The work "The Sky is the Limit" consists of a metal frame with six bamboo sticks, made of textile and cement with recessed windows.

Bamboo has a geometric shape by nature, but is above all a highly proliferating and one of the fastest growing plant species on earth, growing almost a meter a day in the right circumstances. This bamboo however is made on concrete, in which it refers to the seemingly unstoppable growth of urban development in large Asian cities, where skyscrapers are being build at a rapid pace.

Seen from a macro perspective, there seems to be many similarities between the urban development of man and the natural growth of plants and cells, with both processes appearing to develop in similar ways. In this context, the question of what is, and what is not natural about man and his constructions is given a different perspective, in which urbanization can also be considered as a natural process.